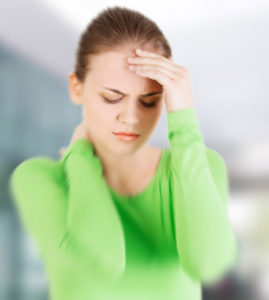 Meniere’s disease is a disorder of the inner ear known for episodes of a spinning sensation (vertigo), a ringing, roaring, or buzzing noise in the ears (tinnitus), a feeling of congestion or fullness in the affected ear, and hearing loss that may become permanent if not cared for in a timely manner resulting in the suffering needing something like a hearing amplifier to help with their hearing. Initially, only one ear is usually affected. However, as time passes, both ears can become involved. In 15 percent of patients, both ears are affected. Episodes will more than likely last from 20 minutes to 3 or so hours. The time in between episodes is unpredictable. Hearing loss occurs mainly during the attack of vertigo. Loud noises may be distorted and bring a sense of discomfort. Hearing loss is usually confined to the lower pitches but can affect all pitches eventually. Hearing loss and tinnitus may become permanent after months or years of dealing with Meniere’s disease.

Another name for Meniere’s disease is idiopathic endolymphatic hydrops. It is one of the most common reasons for dizziness having to do with the inner ear. The condition usually starts in the age range of between 20 and 50 years. Both men and women are affected equally, but each case is unique to the person experiencing it.

The cause of this condition is unclear, but it is probably due to both genetic and environmental factors. It seems to be related to an abnormally large amount of fluid that has built up within the inner ear. This fluid builds up due to excessive production or it is not absorbing into the body properly for some reason. In those who have both ears showing symptoms of Meniere’s disease, their condition may be contributed to allergies or autoimmune disorders. There are a few other conditions that have symptoms similar to Meniere’s disease, such as vestibular migraines and transient ischemic attacks. It is theorized that Meniere’s can be due to a constriction in blood vessels or viral infections. About 10 percent of cases run in families.

How Meniere’s is Diagnosed

To learn more about the connection between head and neck injuries and vertigo download our complimentary e-book by clicking the image below. 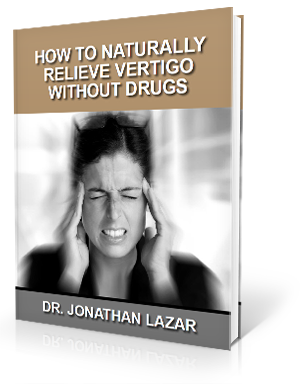 Tips to Help You Better Cope with Meniere’s Disease

An interesting connection has been seen between Meniere’s disease and misalignments in the bones of the upper neck. A study was able to link 259 patients with Meniere’s to issues that were resulting from the upper cervical spine. Another study of 139 people with Meniere’s proved that upper cervical chiropractic care can reduce or even eliminate some of the symptoms associated with Meniere’s, particularly vertigo. How is this possible?

The bones of the upper neck have an intricate relationship with the brain, the nervous system, and the ears. They are also very susceptible to misalignment because of their location and mobility. They allow the head to move in all directions, and this causes them to be more easily misaligned. When a misalignment exists here, it puts pressure or stress on the brainstem as it is located in the same region. This can affect a number of different things. The brainstem is the communication highway of the body. It sends and receives signals from the body and brain. If it is malfunctioning, it can send improper signals. This can affect how fluid drains from the ears, the onset of vertigo, and hearing loss. By correcting this misalignment, the body can begin to heal from the damage done.

Using a gentle method, here at Lazar Spinal Care in Ann Arbor, Michigan, we are able to help correct these small misalignments, and this has a huge impact on our patient's overall health. Many patients report similar results as those mentioned above.

To schedule a complimentary consultation call our Ann Arbor office at 734-274-5107 You can also click the button below.

if you are outside of the local area you can find an Upper Cervical Doctor near you at www.uppercervicalawareness.com.

Three Common Reasons for Vertigo and One Simple Solution Gallery

Three Common Reasons for Vertigo and One Simple Solution

Understanding the Role of the Spine in Vertigo

Dr. Lazar's Favorite Hamstring Stretch for Back Pain
Graphene Oxide Found In Pfizer COVID-19 Experimental Vaccine
Ethan's Story - Traumatic Birth Syndrome and The Link to SIDS
3 Facts to Consider Before Getting COVID-19 Or Other Experimental Vaccines
Do You X-ray Everybody?