A Deeper Look at Fibromyalgia and Where to Find Relief 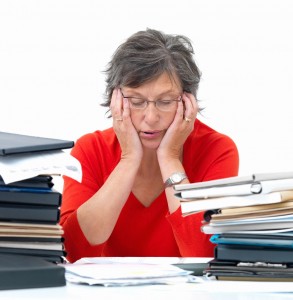 Fibromyalgia (FM) ranks second in the list of most common musculoskeletal conditions, coming in after osteoarthritis. If you have been diagnosed with fibromyalgia or even have suspicions that you may have fibromyalgia, it can be quite frightening. There is little information available, and FM can be hard to diagnose properly. Fibromyalgia is known to cause social isolation that often leads to depression. It is important to become as well educated as possible. Let’s begin by looking at the most common symptoms:

There is no specific diagnostic test that can confirm or deny the existence of fibromyalgia. Therefore, it must be diagnosed by eliminating other conditions with similar symptoms. To get an actual diagnosis, you must have the above-mentioned symptoms for at least three months, and they must affect all four quadrants of the body: both sides and above and below the waist. There are 18 tender points (although some people have more) and, in the past, these were used as diagnostic criteria. However, that is not the case anymore.

Who are at the highest risk to develop fibromyalgia?

The pain of fibromyalgia seems to come from a process taking place in the central nervous system referred to as central sensitization. This basically means that there is a change in the central nervous system – particularly the brain and spinal cord – causing it to become more sensitive to external stimuli. These patients are overly sensitive not only to things that should hurt but also to simple things such as a gentle touch or light pressure. Pain also goes away more slowly than in other people.

Let’s take a closer look at some other contributing factors to fibromyalgia:

To learn more about the connection between head and neck injuries and fibromyalgia download our complimentary e-book by clicking the image below. 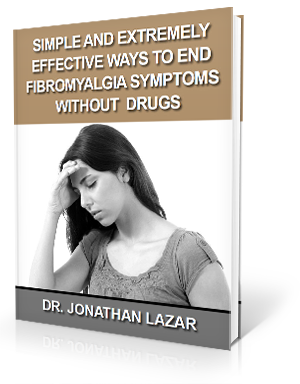 How to Care for Fibromyalgia

By seeking care through your family physician or other health care provider, it may be suggested that you take one of the following medications:

Some doctors may recommend cognitive behavioral therapy, mind-body therapy, or light, consistent exercise. Another area that is seeing great success in helping fibromyalgia patients is that of upper cervical chiropractic care. Why does this work?

There is a clear connection between fibromyalgia and patients who have previously endured some sort of head or neck trauma before getting diagnosed. Let’s take a look at what happens in the body when the neck gets injured.

The head weighs up to 12 pounds and the atlas – the top bone of the spine – weighs 2 ounces. The cranial cervical junction is the area where the head and neck meet and is the weakest structure in the spine. As the weight of the head rests on the neck, it becomes very susceptible to injury. When it is injured, structural joint damage occurs and nerve irritation is caused at the joint where the vertebra is misaligned. How does this relate to fibromyalgia?

This area of the body is where the brainstem is housed. The brainstem is the control center for cardiac and respiratory function, muscle tone regulation, sleep control, and most other functions of the body that are controlled without you having to think about them. If an injury occurs to the neck, and the atlas bone misaligns, it puts pressure on the brainstem and causes it to malfunction. This means that it may send improper signals to the brain about what is going on in the body. If the brain gets the message that there is pain in the body when there is actually no pain, fibromyalgia can be the end result.

Here at Lazar Spinal Care in Ann Arbor, Michigan, we use a very gentle, scientific method that encourages the atlas to move back into place. This does not require us to pop or crack the spine. Rather, we are allowing the bone to move back into place more naturally, which results in a longer-lasting adjustment. Once corrected, the body can begin to repair the damage done by the misalignment. This has led our patients, as well as those in case studies, to see an improvement in their symptoms of fibromyalgia. Some have even seen it go into remission and not return.

To schedule a complimentary consultation call our Ann Arbor office at 734-274-5107 You can also click the button below.

if you are outside of the local area you can find an Upper Cervical Doctor near you at www.uppercervicalawareness.com.

5 Behaviors That Indicate Sciatica and How to Find Relief Gallery

5 Behaviors That Indicate Sciatica and How to Find Relief

How to Get Sciatica Relief – One Simple Solution in Ann Arbor, MI

Neck Pain: Understanding It Better and Caring for It Properly

Three Common Reasons for Vertigo and One Simple Solution

Migraines and Sleep – An Important Relationship

An Uncommon Approach Gives Promise to Back Pain Sufferers

Understanding the Role of the Spine in Vertigo

Do You Have the Winter Blues?...Natural Answers to Help are Here!
How to Prevent and kill colds, Flu, Sinusitis, Bronchitis, and Pneumonia .
Dr. Lazar's Favorite Hamstring Stretch for Back Pain
Graphene Oxide Found In Pfizer COVID-19 Experimental Vaccine
Ethan's Story - Traumatic Birth Syndrome and The Link to SIDS